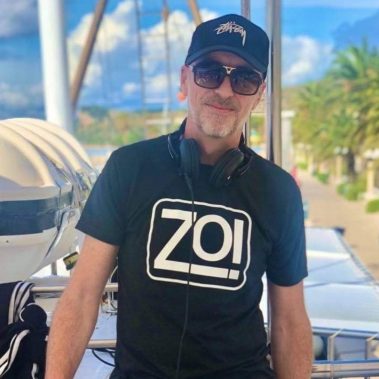 Paul had a weekly Radio Show on Starpoint Radio for the past 5 years, the format for his show is – Hour 1 features new Modern / Independent Soul and R&B, Hour 2 a mix of all era Soulful music and classic R&B.

In recent years he has played numerous events on the soul scene in the UK and Europe including Luxury Soul Weekender, Campsoul Festival, Parklife Festival, Bolsoul & Bolbeats amongst others.

Paul is also the Resident DJ and co-founder of one of Manchester’s most popular Club nights ‘Soul Central’ at Band On The Wall which is in its 4th year. Paul & Soul Central have also been the DJ support for various Soul artists coming to Manchester including Eric Benét, Leela James, Teedra Moses, Eric Roberson, Kindred The Family Soul, Joyce Simms and more…

Manchester based DJ he has a passion for Nu/Neo Soul, Modern, Rare Groove & Classic R&B  going back to the early 80’s where his love of black music started with Hip Hop & Electro.

Co-founder and DJ of the award winning Soul Central in Manchester Paul blends an eclectic mix of his musical influences throughout his Radio shows and DJ sets with an emphasis on new / contemporary Soul.