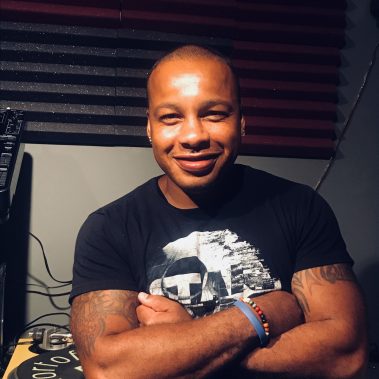 Chris Forman, born in Browns Mills, New Jersey, USA, took a notable liking to music as early as age 7. Growing up listening to classic R&B, disco, jazz and blues with his mother and aunt, Chris started collecting a wide variety of records at 11, and by 13, he was already spinning for house parties in his neighborhood. Then came his first sampler and the construction of his own recording studio, where Chris would follow the trends of the day–sampling old school tracks to make hip-hop beats. Chris taught himself the complex art of production by listening to soulful artists like Roy Ayers, Curtis Mayfield, and Lonnie Liston Smith. Intense listening exercises developed Chris’s ability to pick apart choruses, hooks and breaks into funky samples. He then started to experiment with developing his own house, jazz and R&B tracks and improved as an arranger. As Chris’s ear matured, so did his needs to create more intricate music. After studying piano, Chris knew that he was destined to become a true musician and create compositions beyond the snippets he sampled. His first official release, a 4-track EP titled “Deep Structures,” was distributed by Bumpin City Records, an independent label out of Chicago. From there, the industry bug bit Chris in a big way, and he now devotes as much time as possible to producing new tracks for international audiences. Chris has DJed club events in Germany, the United Kingdom from London to Scotland, New York, New Jersey, Philadelphia, and he continues to expand the reach of his musical expression and message to the world. Most recently, Chris has worked with an array of artists including Joi Caldwell, Dawn Tallman, Monday Michiru, Ursula Rucker, Stephanie Renée, Chris Dockins, Stephanie Cooke, Sara Devine, Terrance Downs, Peven Everett, Omar, and Kenny Bobien.

Moving forward in the pursuit of production excellence, Chris Forman and the STEAL VYBE brand have taken the art of DJing and musicianship on a bold musical journey–from soulful house to broken beat, soul, Latin, Brazilian, jazz-funk, nu jazz, rare groove, and R&B. The goal is to become a household name in every genre of music.