EPICENTRE featuring BERNADETTE BASCOM – GET OFF THE PHONE 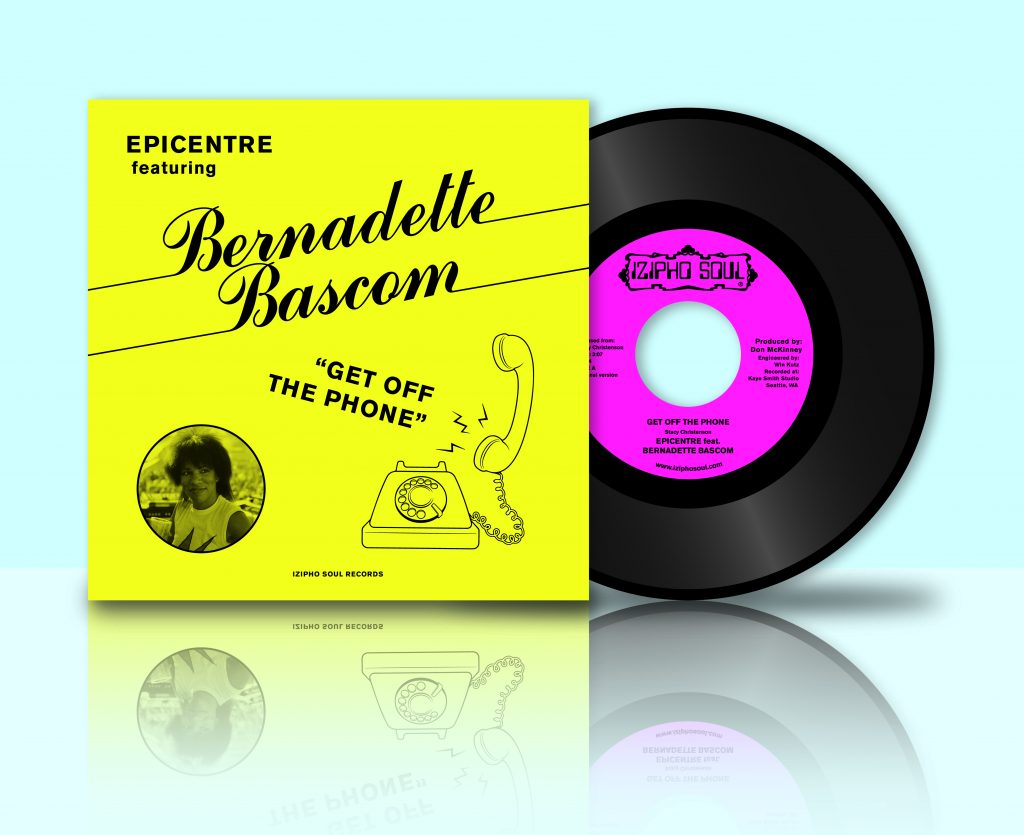 In 1978, Seattle funk group Epicentre recorded the infectious boogie wonder: ‘Get Off The Phone’, written by the group’s keyboardist, Stacy Christenson, with Bernadette on lead vocals. The song was featured on a compilation at the time, KYYX:FM Seattle Grown, but never got released on a 45.
Fast forward three years, there was another call to make! Bernadette met Stevie Wonder and formed a lifelong friendship, prospective recordings were made, including a re-recording of ‘Get Off The Phone’. Until now it has been locked away, therefore we are thrilled to bring the two versions together on a 7’’ single, authentically packaged in a picture sleeve.
This record coincides with Bernadette’s visit to the U.K. and Soul Essence and it can be purchased on IZIPHO SOUL