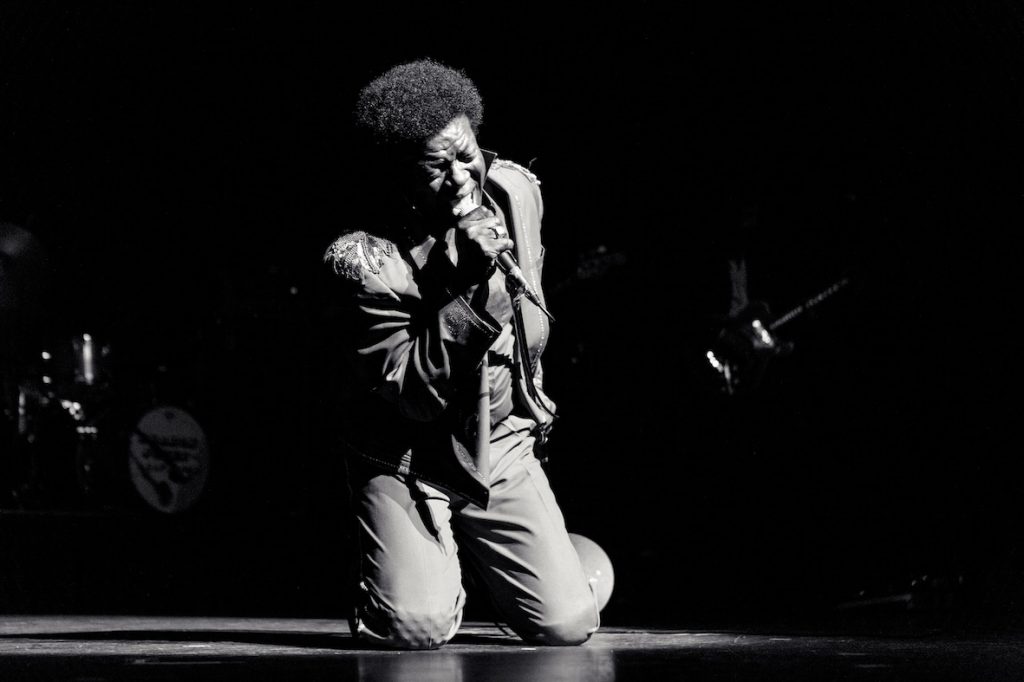 November 5, 2018 would have been Charles Bradley’s 70th birthday. In celebration of his extraordinary life, Daptone imprint Dunham Records will release his fourth and final studio album on November 9. Black Velvet will feature ten studio recordings never before included on any album.

Black Velvet is a celebration of Charles Bradley, lovingly assembled by his friends and family at Dunham/Daptone Records. Though chronologically the material spans Charles’ entire career, this is no anthology, greatest hits or other shallow rehashing of the songs that already made him famous. Rather, this album is a profound exploration through the less-travelled corners of the soulful universe that Charles and his longtime producer, co-writer and friend Tommy “TNT” Brenneck created in the studio together over their decade-long partnership.

It features new songs recorded during the sessions from each of his three albums, heard here for the very first time in all their scorching glory: “Can’t Fight the Feeling,” “Fly Little Girl” and the heart-wrenching single “I Feel a Change”; hard core rarities like his funk-bomb duet with LaRose Jackson, “Luv Jones,” the psychedelic groover, “(I Hope You Find) The Good Life” and the ever-illusive alternate full band electric version of “Victim of Love”; sought-after covers of Nirvana’s “Stay Away,” Neal Young’s “Heart of Gold” and Rodriguez’s “Slip Away”; and the title track “Black Velvet,” a stirring Menahan Street Band instrumental to which Charles was never able to cut a vocal.

Brenneck notes of “I Feel A Change,” recorded during the Victim of Love sessions, “Horns and organ were recorded later adding a haunting beauty to the otherwise a cappella intro. The lyrics are 100% Charles. Personal yet abstract. Directly from the heart. He truly loved the expression ‘going through changes’ and this was a few years before we would record our rendition of Sabbath’s ‘Changes’ with the Budos. Sadly Charles never got to hear the finished version of this beautiful song.”

The release of Black Velvet follows a string of critically lauded albums including his 2011 debut album No Time for Dreaming featuring his most successful single and a song that continues to resonate, “The World (Is Going Up In Flames)”; his 2013 album Victim of Love that included more of his signature deeply autobiographical songs; and 2016’s Changes, whose title track and lead single was the deeply moving Black Sabbath cover.

Through the years, Charles also became a ubiquitous voice in pop culture. He was featured in the 2012 documentary Charles Bradley: Soul Of America, following him in the days leading to the release of this breakthrough first album. He was also in the 2017 documentary Living On Soul, featuring Bradley and his Daptone labelmates on stage and backstage during the 2014 Daptone Super Soul Revue at the legendary Apollo Theatre. Bradley performed on television shows including Netflix’s Luke Cage and he was the singing voice of Minstrel Krampus on American Dad. His songs have also been featured on many film and television shows including the title tracks for Netflix’s Big Mouth and HBO’s Barry, and so much more.

The touring and performing was non-stop for Bradley too—first with the Menahan Street Band and then his longstanding band The Extraordinaires. He played all the big festivals – Glastonbury, Primavera Sound, Coachella (twice!). He was named Road Warrior and Hardest Working Artist by A2IM’s Libera Awards and Paste Magazine declared him the “Best Live Act of 2015.” He performed on The Late Show with Stephen Colbert, Conan, Later… with Jools Holland and more, and Charles and the band’s performance on CBS This Morning Saturday was nominated for an Emmy for Outstanding On-Camera Musical Performance.

Charles was truly a transcendent singer who led a remarkable life, overcoming unimaginable adversity to achieve great success and international acclaim very late in his life. What was really special about him and made him different from everybody else in the world was how he understood his pain as a cry for universal love and humanity. He felt that if he loved enough–-if we all loved each other enough—we could take away the world’s pain and sadness. That is why he jumped off the stage and literally tried to hug everybody he could. It’s why he took such great care of a mother that had abandoned him. It’s why he sang and danced like a lunatic. It’s why he screamed like an eagle. And that’s why we love him.

On September 23rd, 2017, Charles Edward Bradley passed away from cancer, surrounded by his family, friends and bandmates. Black Velvet is a celebration of his life, and is destined to join Charles’ first three albums alongside the cannon of essential soul records for the ages.